The Nano Phone Stand is an ultra-portable pull tab that converts into a phone stand in seconds.

Conveniently designed to go with you anywhere.

The mini tactical Nano Ink is a tiny, but functional tool that works as a pen and a pull tab so you can easily carry a pen with you at all times. It's an ultra-portable mini pen you can take anywhere.

The mini tactical Nano Blade is a tiny, but powerful tool that can be used for anything from opening boxes to doing small precision cuts. It's an ultra-portable mini utility knife you can take anywhere.

Thank you for submitting a review!

Your input is very much appreciated. Share it with your friends so they can enjoy it too!

FacebookTwitter
Be the first to review this item
Filter Reviews:
×
Clear filter
More Filters
AS
05/26/2022
Abang S.
Japan
I recommend this product

My ramen never goes cold with this beauty.

Extremely nifty creation - having a bowl of ramen at my favorite joint will never be the same once I whip out the nano stand, all propped up on the greasy table, as I go on to watch more videos from Alpaka.

Tie it to your backpack and use it at any time.

Love it! Convent and easy to use

The Nano bundle has all those little things you need but can't always remember to carry... Ink, Sharp, and a Phone stand. Can't go wrong, especially for the price!

Germany
I recommend this product

Probably one of the coolest accessories I’ve ever owned and hands down one of the most handy.

These things are awesome! I have been on a mission to create a sling that has everything I could possibly need for any standard situation, and keep the smallest footprint and weight. These are perfect! 3 tools that replace something that's already there! Such a perfect trade up. The pen is not the easiest to figure out how to hold but I figured it out quickly. Its not like im writing a letter with this thing, just signing signatures and things of that nature. And the price is very agreeable. Def get these if you are even remotely interested. What do you have to lose? 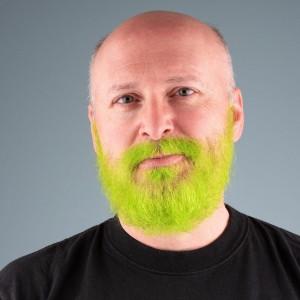 The pen is usable and comes with a refill. You're not going to write a novel with this thing, but quick notes won't be a problem. The phone stand works surprisingly well on my Pixel 6 (with rubber Incipio case), though it feels very delicate. I'll stick with my usual stand unless I'm in a pinch but it works as shown in the pictures (only with the phone in horizontal orientation). BUT the "cutter" is extremely dull. I'm going to have to use a file to put even just a mediocre edge on it. I don't need (or want) it to be a weapon, but as delivered, it won't cut through crackerbox cardboard. It *will* cut through a paper receipt if you really lean on it. Notice that all the photos and videos show this tool being used to gouge its way through just the top layer of corrugated cardboard. So make an informed choice.